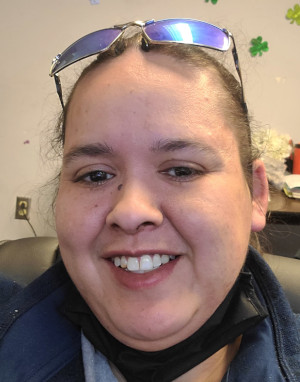 One person whose life has been completely changed at Healing House is Angie. Her substance abuse problems started when she was about 25 years old. Though she knew alcoholism ran in her own family, she got involved with people who abused both meth and alcohol. It was not long before she was hooked as well.

It did not take long for people in her life to begin noticing a change in her. So, she withdrew from others, pushing away friends and family. Her poor decisions made her feel as though everything was falling apart. Then, she went to jail for 90 days and lost her job. With no ambition to find honest work, she started dealing drugs. This led to two more stints in prison.

One day while incarcerated, the thought hit her – she was 34 years old and had a choice to make: either change right then or remain stuck in a destructive cycle for the rest of her life.

Angie decided to begin applying to transitional living programs. She met a woman in jail who mentioned a place called Healing House that had helped many of people like her. So, she started calling. After three tries, she was able to speak to Mama Judi and got accepted!

After her release from prison, Angie came straight to Healing House. At first, it felt strange to be surrounded by people who told her they loved her and showed genuine concern for her. She certainly was not used to that!

Although she did 120 days of substance abuse treatment in prison, the steps and recovery process had not really sunk in. Angie soon discovered Healing House was about so much more than just learning the steps. Having a dedicated sponsor and supportive community made a huge difference.

Healing House worked with Angie so she could find a job and learn to be more responsible. She was encouraged to hear stories from other residents that were just like her own. Angie was relieved to be surrounded by people who were always rooting for her. Now she knows there is always someone she can call if she is having a hard time, and they will give her the love and support she needs.

Angie has been a house manager for Healing House since September 2019. Because of Healing House, she was able to reconnect with her family, build strong friendships, and improve herself spiritually and ethically. As a house manager, she is happy to be able to pass on everything she learned to the women living in her house, hoping they will grow as much as she has or more!

This site uses Akismet to reduce spam. Learn how your comment data is processed.