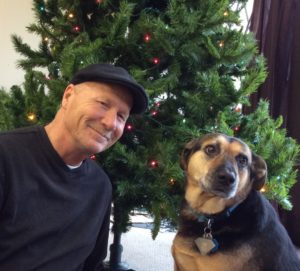 Everybody knows Bob.  He is a veritable icon at Healing House and an incredible inspiration to residents and volunteers alike.  Bob is currently the House Manager of Agape III among his many other responsibilities.  A beautiful rescue dog named “Baby Girl” is his constant companion.  Bob has become a great man of faith and celebrated 8 years of sobriety in January 2020.